Cumbria Coast was designated as a Marine Conservation Zone in 2013 to protect a wide range of habitats found within the site, including honeycomb worm reefs and rocky habitats.

The Cumbria Coast Marine Conservation Zone is an inshore site that stretches approximately 27 km along the coast of Cumbria. It extends from just south of Whitehaven, around the cliffs at St Bees Head, right down to the mouth of the Ravenglass Estuary.

St Bees Head supports the best, most extensive and important examples of intertidal rocky shore habitats in the North West. There are extensive boulder and cobble reefs, or ‘scars’, within the site as well as nationally important honeycomb worm reefs.  Further down the coast near Drigg, at Barn Scar and Kokoarrah Rocks, these rocky scars extend below the low tide mark where they support rich communities of marine wildlife including sponges, sea squirts, barnacles, tube worms, crabs and lobsters nestled within kelp forest and turfs of algae.

The sandy seafloor off the Cumbria Coast supports rich communities of fish and burrowing animals that provide a feeding ground to the 10,000 pairs of breeding seabirds nesting at St Bees Head.

The red sandstone cliffs at St Bees Head support Cumbria's only cliff-nesting seabird colony including: kittiwakes, razorbills, common guillemots, puffins and the only breeding colony of black guillemots in England.

These charismatic bird have been recommended for protection within this site. We will be campaigning for them to be included during the next round of public consultation on Marine Conservation Zones in summer 2018.

Become a Friend of an MCZ 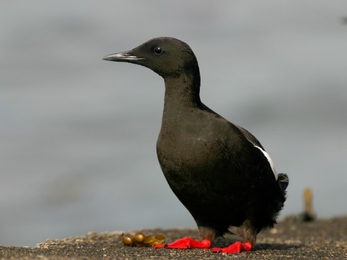 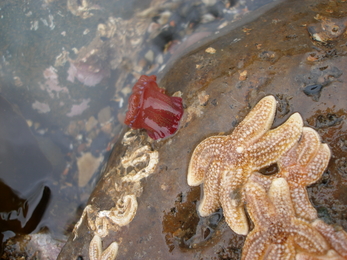 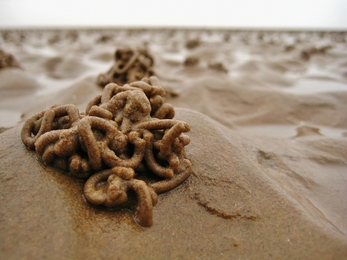 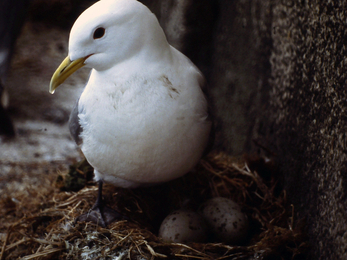 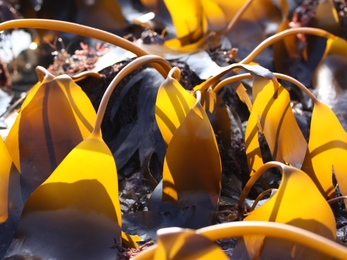