Shoresearch is The Wildlife Trusts’ user-friendly and fun Citizen Science project that combines exploration of the shore with scientific recording. It’s a great way to enjoy your local coast whilst recording the vast array of species and habitats that can be found there.

Shoresearch surveys were set up in the North West by Cumbria Wildlife Trust Marine Trainees in 2011 and since then we have carried out hundreds of surveys and have trained over 200 volunteers. Our marine officers provide Shoresearch training at specific events and at the start of each survey. Volunteers are welcome to come along to organised events but are also encouraged to carry out their own Shoresearch surveys whilst out on their local beaches and to send in their findings.

Read on to discover

How does it work?

We use four different survey methods. Not all are used at every survey but we always try to incorporate a walkover survey which is the best fun!

A targeted, informal search of the shore from the lower shore heading towards the upper shore, with each person recording details of any species that they find within their designated zone. All findings are recorded. (You can carry out one of these yourself, please see details further down this page!)

A wealth of intertidal species has been discovered across the UK from people simply walking over the shore and having their curiosity sparked by something unusual that they have spotted as they go by. Walkover surveys are just as valuable as those involving quadrats, as they provide participants with the opportunity to explore the natural environment and to search around to discover what species live on their local shore.

Biodiversity surveys are based on more traditional methods of data collection for intertidal areas and therefore, produce a more comprehensive species list for the site. Using a tape measure, and walking from the low water to the high water mark, a transect is created, along which we randomly place quadrats. All habitats and species found within the quadrats are then recorded and photographed  with an estimate of their abundance.

This is carried out when monitoring over a long time scale. Repeating biodiversity surveys in the same location each year can provide you with an understanding of how species may change their distribution over time.

If you really want to know what lives in a sandy or muddy shore, you will need to have a look at what is living down in the sediment itself. This means digging up some of the sand or mud and extracting the animals (infauna) that live inside it. It is important to remember that, despite initial appearances, many sedimentary habitats are every bit as diverse, as highly structured and as vulnerable to damage as those which have more obvious features.

As above for the biodiversity survey, a transect is created and quadrats are placed at random along its length. Features of the habitat and species found within the quadrats are then recorded and photographed. Further to this, a core sample is taken from each station and sieved to separate all fauna which is then recorded. 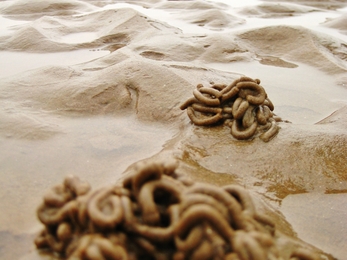 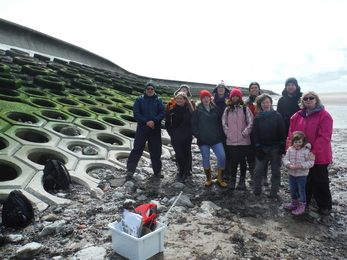 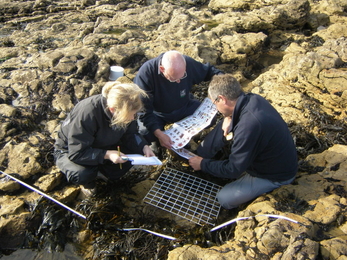 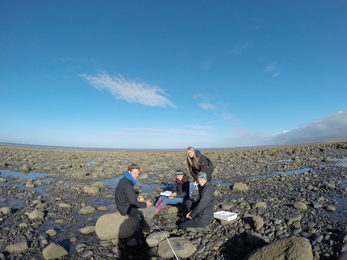